This car was delivered new to Webb Motors in Roanoke Virginia in October of 1980 and I purchased it from the showroom  in March 1981 from and have owned it ever since. It has always been garage kept.

About 5 years ago the car was stripped to the body shell and repainted. At that time the engine was rebuilt with parts from T&S Imports including headers.. Woody Cooper supplied a new electronic ignition, electric fuel pump,  4bbl carb, new power steering pump and starter. A Falcone stainless steel exhaust system from S&S in England was also installed as well as a new clutch and pressure plate. New clutch hydraulics were also fitted.

Also fitted were new Koni shocks and struts as well as suspension bushings, rotors and brake pads and transmission mount and steering bushing.  New factory wheels were purchased from S&S

The interior was completely redone with the original blue plaid seat covers, seat squabs,  new door panels, armrests, console cover, shift boot, door seals and wool carpet from S&S. Also installed was a new leather steering wheel exactly like the original except in blue leather. A blue mohair convertible top from S&S  was installed and a matching mohair tonneau cover is included as well as the factory original. A new heater control valve and new nobs for the heater controls were installed.

A new windshield was was installed also.

The a/c system was removed from the car and carefully preserved should you wish to reinstall it.

Also preserved were the original carbs and manifold, etc. 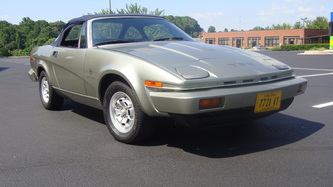 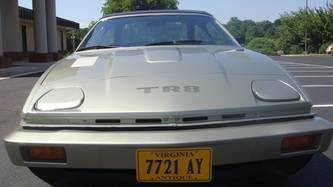 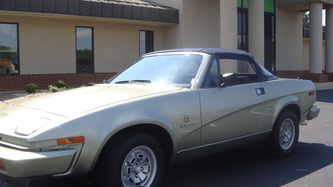 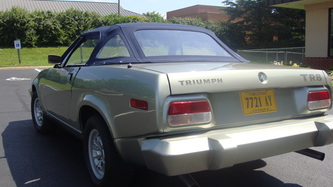 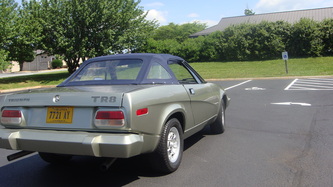 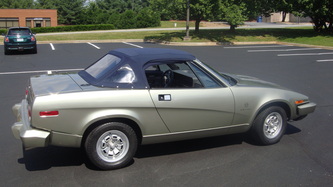 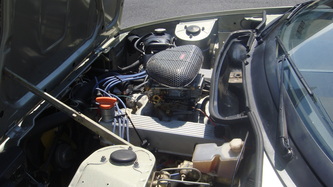 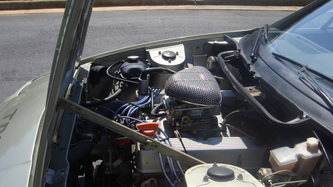 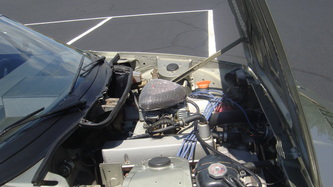 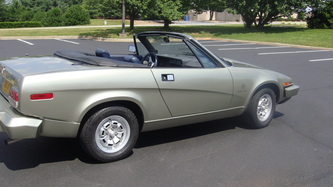 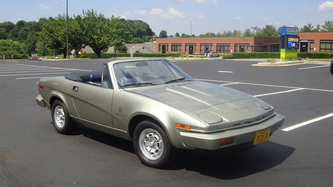 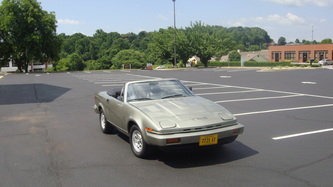 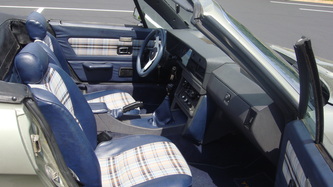 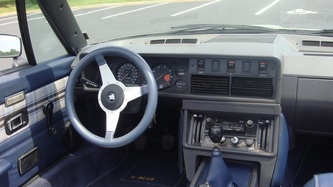